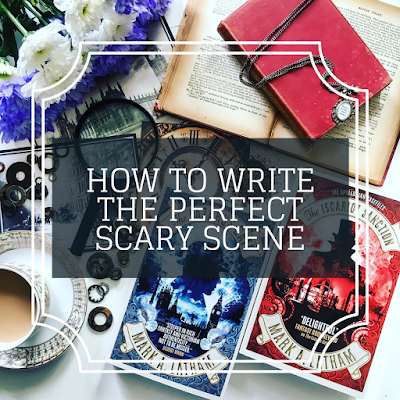 Have you ever read a chilling scene that had you reeling? Or maybe you've always wondered how authors doctor those scenes that are oh so not good for your blood pressure?

If your answer is yes, then I have all your answers, courtesy of Mark A. Latham, author of The Lazarus Gate. If you haven't heard of it, you can check out my post on Instagram for a brief synopsis.

To celebrate the release of his second book in the Apollonian Casefiles, Mark Latham is participating in an Alternative Reality blog tour starting from today!

The Iscariot Sanction is set in an alternate reality where the world is in peril. Young Apollo Lycea agent Lillian Hardwick, and her Majestic partner Sir Arthur Furnival, are sent to expose a plot to seize power of the Empire. They must overcome supernatural foes and unlock the secret of the Iscariot Sanction to discover a danger unlike anything they have faced before; a threat that will leave them—and the Empire—changed forever. 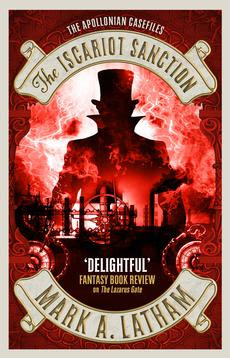 Here's what Mark had to say about those scary scenes in the Apollonian Casefiles:

One thing that often surprises readers of the Apollonian Casefiles (well, the Lazarus Gate, at least) is the amount of horror contained within. Although the series is very much science fiction, my love of ghost stories, horror novels and scary movies means you’re never far aware from some form of pant-wetting scare when you’re in one of my books (or so I hope). By keeping the scares to self-contained scenes, however, in a genre-bending narrative, I get to target them for maximum impact. Here’s how (and a bit of why):

My preferred method of creeping out the reader, short of standing outside their window dressed as a clown watching them read, is to lay the realism and atmosphere on thick to start with. I make sure the primary genre is established (in the case of the Lazarus Gate and the Iscariot Sanction, that’s Victorian science fiction), making sure the reader has a picture of what the everyday and mundane looks like in the world I’m building. Let the reader build a mental picture of the world, and how the characters are likely to act in any given situation within that world. Let them become immersed in the world and its earthly parameters, and then… BANG! Spine-chilling, blood-curdling horror. The characters you were so sure could fight their way out of anything are suddenly neck-deep in a terrifying scenario beyond their control. The world you were so sure of is turned upside-down by forces beyond your ken. The juxtaposition of the mundane and the terrifying make the scares scarier. Which leads me to…

No, I don’t mean jump scares, that staple of every bad horror movie of the last five decades. I mean, don’t let the reader see it coming. In a non-horror book, the horror scenes aren’t signposted. Sure, they might be the culmination of a building sense of dread, or the culmination of a character’s actions, but the reader probably won’t expect the protagonist to be stuck in a dark room, hanging half-naked from the ceiling with muculent creatures slithering about his feet, while a torturer pops out his eye with a fish-knife. Oh, I totally did that, didn’t I? Oops!

As you may have guessed, my characters – even the protagonist – don’t always come out of my books well. That doesn’t mean they can’t have a relatively happy ending, or achieve a great victory; it just means that they’ll have to pay for it! When it comes to inflicting serious mental and physical pain on my characters, I don’t hold back. If you’ve spent 100 pages in a character’s head, it really smarts when they’re thrust into a terrifying situation – you feel it more, because you can imagine what it’s like to be them. I don’t use this trick all the time – you only really have to do it once or twice in a series to make the reader fear for the safety of their favourite characters – just ask George R. R. Martin!

Finally, whenever I write a horror scene I tap into the darker parts of my own psyche. I write what scares me – so much so that I sometimes give myself the creeps when writing alone at night. And that’s a measure of success – if I can spook myself a bit, then that’s really the best that I can do. I just have to hope that the reader shares the same fears as me. Almost every scary scene I’ve ever written came as a result of some nightmare, or traumatic experience. Gosh, I hope someone doesn’t do a deep analysis of the Apollonian Casefiles now – they’ll probably uncover something very warped and Freudian…

Some great advice, right? I know I've always admired those authors who possessed the ability to scare others by just using words.

*** How about you? Did you find any of Mark's words useful or inspiring?

Or if you're a writer of scary fiction, how do you create those terrifying scenes? ***

The Iscariot Sanction is out now! Make sure to continue the Alternate Reality blog tour with Mark Latham by following the other bloggers listed below:

Thanks for reading!
Posted by Unknown at 15:45 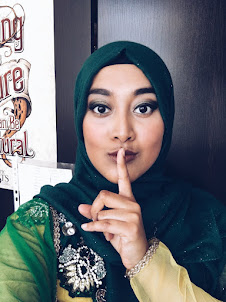 I'm Rima. A literature undergraduate, reader, writer. Thank you for joining my little corner where I rave about great (and not so great) books and dream about small things. Sharing my own stories soon!

FIND ME ON BLOGLOVIN'